A Journey Back To Biblical Manhood!

WE NEED MEN OF GOD! Our nation and churches have been without strong male leadership for decades and this is contrary to God’s design because in the beginning when God first created the man and from that man He created woman. At the Fall there was an inversion of God’s order when Eve took the lead in disobedience while Adam coalesced and after the Fall there came a diversion from God’s plan as His design and function were reversed. Now we have digressed to the perversion stage. Do not doubt that the scarcity of godly men has contributed to the moral freefall in our culture.

It’s about time we placed the emphasis in the right place. Jesus said, “Follow me and I will make you fishers of men.” Notice He did not say “Fishers of decisions.” He said, “Fishers of men.” I recognize “men” may be used in a generic sense, but the point is you get what you go after. Fishing for men is not “catch and release;” you keep what you catch! It takes a crucified man to preach the crucified life, and it takes a man of God to produce men of God! A godly man will do more to inspire, instruct, and ignite others than anything else. Personal godliness will replicate itself in others. We can be a Man of God because our destiny is predetermined and all the provisions are available to any who would dare to reach out and lay hold on them by faith.

A MAN OF GOD FLEES

A man of God also flees Conceit — the text says “he is proud” (v.4). Pride is a plague which is more deadly than any disease. Pride of race, pride of face, and pride of grace all stem from an exaggerated opinion of one’s self. Fearing his life, Jacob fled from his brother Esau, even so the man of God sprints from the very first hint of pride. A man of God bolts from Confusion — an apt description of the confused is given, “Knowing nothing... doting about questions” (v. 4). God’s men do not spend their time debating over needless controversies. Endless speculation and strife gendering issues for the sake of argument are flatly rejected by the man of God. He is determined to know nothing except Christ and Him crucified. If you are to be a man of God you must steer clear of Contention — Paul here speaks about “Perverse disputings” (v. 5). These disputings represent a misemployment of time and energy in meddlesome quarreling. Time is too precious to waste in profitless contentions.

Anyone who would aspire to be a man of God must run from Corruption — here it speaks of those with “corrupt minds” (v. 5). Corrupt means rotten, decayed, or ruined. Joseph fled when his Master’s wife tried to seduce him. He did not try to reason with her, convert her, or help her — HE RAN! Had he remained, he would have been ruined.

The war on the Saints takes place largely between the ears because corrupt thinking precedes corrupt living. Having a propensity for fleshly sin by nature, the Man of God must erect and maintain mental safeguards. The moral road kill strewn from one end to the other on the Information Highway bears crucial witness to the necessity for avoiding corruption. Our constitution as men makes us vulnerable to sin. Better to avoid the crash than attempt to clean up the mess! Another foe from which the man of God must escape is Covetousness — Paul speaks about the “love of money ... which... some coveted after” (v.10). Whatever controls a man is his god. This is why the Bible says, “Covetousness is idolatry.” Wicked discontentment and longing for more usher in the idol of covetousness. No one can serve two masters. No wonder John concludes his letter by saying, “Little children, keep yourselves from idols” (1st John 5:21).

THE MAN OF GOD FOLLOWS

Jesus called His disciples by saying, “Come follow me.” A disciple is one who follows [pursues] His Master. Later Christ said, “Follow me and I will make you fishers of men.” Heb 12:14 says “Follow peace... and holiness, without which no man shall see the Lord.”

Note carefully the qualities the Man of God is to pursue: righteousness, godliness, faith, love, patience, meekness. Righteousness is a call to right living. The outer life must be consistent with our standing in Christ. Godliness means we must move toward the right likeness (God-likeness). Next he calls the man of God to follow Faith , which is right believing. Faith is the only way man can properly relate to God. Saving faith is the initial act which launches the Christian into a lifelong quest. Following faith is the only antidote against unbelief. The man who seeks love is pursuing right relations. God is love and the man who dwells in Him loves his neighbor. Patience is that character quality that describes a right spirit. Cheerful endurance in times of testing is a goal worthy of pursuit. Another mandatory quality for the man of God is Meekness which refers to the right attitude. Humility is the foundation of all virtue. Who alone is the embodiment of righteousness, godliness, faith, love, patience, and meekness ? The call to follow these is really a call to go after the one Who personifies these qualities — the Lamb of God! A Man of God diligently pursues Christ and grows in likeness to His Master!

THE MAN OF GOD FIGHTS

Near the end of his life Paul said, “I have fought a good fight... I have kept the faith.” He then admonishes, “Fight the good fight of faith.” Here fight means to strive as when competing for a prize. The summons to fight assumes there is opposition and obstacles to overcome. The Christian soldier is ordered into combat — not a gentle calm. Our calling is not to lie around basking in peaceful conditions — our duty demands we enter the battle. For the Christian, this world is an arena, not an armchair. The man of God is immersed in a continual conflict because the world is a hostile environment to all who live godly in Christ Jesus.

The fight of faith boils down to a battle against unbelief! It is not enough to believe in the weapons — we must believe the God who has supplied the weapons. 1st John 5:4 states, “This is the victory that overcometh the world, even our faith” and Charles Spurgeon said, “Mind how you pray and make real business of it, let it never be a dead formality. Plead the promise in a truthful, business-like way. Ask for what you want, because the Lord has promised it. Believe that you have the blessing, and go forth to your work in full assurance of it. Go from your knees singing, because the promise is fulfilled: thus will your prayer be answered. The strength [not length] of your prayer...wins...God; and the strength of prayer lies in your faith in the promise which you pleaded before the Lord.”

Our past is under the Blood and our future is in God’s hands and what we do NOW is up to us. Do you want to use your brief stay on planet Earth to the maximum? Do you aspire to be a man of God? Do you long to influence men for Christ? Then use the roadmap God has given us: FLEE, FOLLOW, and FIGHT the good fight of faith. I am believing God for a better day. What about you? “All things are possible to him that believeth.” 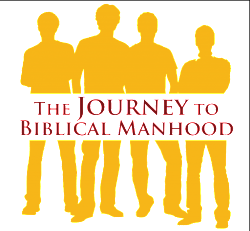 Oops, you forgot something.

The words you entered did not match the given text. Please try again.

Oops! This site has expired.

If you are the site owner, please renew your premium subscription or contact support.